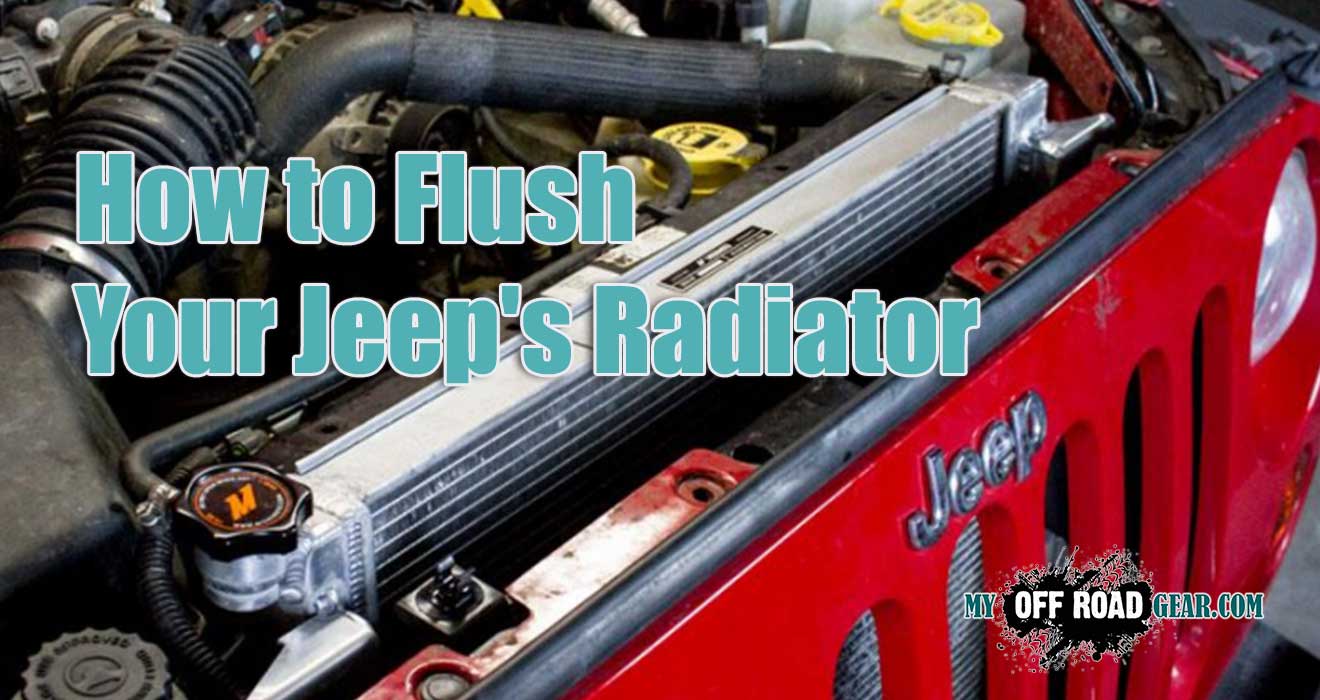 This write-up is meant to assist you in changing your Jeep’s antifreeze. While you’re at it, you can also flush the radiator. I always find some sort of sediment when I drain my Jeep’s Radiator, so I take the extra steps of flushing the entire system while I’m at it.

Before you begin, you should inspect the radiator cap. Replace the cap if the pressure gasket is worn, torn, or swollen. Look for white spots around the radiator fill neck. These indicate the cap is leaking. Also, inspect the hoses. Replace any hoses that are cracked, bulging, or feel brittle when squeezed.

Before we begin, a couple of warnings:

Never open the cylinder block drain plugs, radiator cap, or open the petcock while the engine is hot or the cooling system is under pressure. You’re likely to burn yourself. Also, antifreeze is poisonous. Children and animals are attracted to it due to its color and odor. If you suspect a child has consumed any antifreeze, immediately call 911 or your local poison control center. 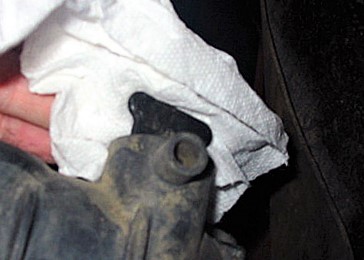 Begin by finding a sealable container large enough to collect the used antifreeze. Position it under the petcock which is located on the bottom of the radiator. On mine, the petcock is located on the passenger side, but the location might vary depending on the source of your radiator (OEM vs. aftermarket). The photo to the left is the petcock. It’s opened by twisting the plastic tab. Remember, it’s plastic, so don’t use too much force on it. Also, I apologize for the poor-quality photo, but I was laying on my back while playing Ansel Adams.

If you’re flushing the system, follow these steps or the directions on any radiator flushing products you buy. Otherwise, you can skip this section and refill the system.

Refill the radiator with water

Once the coolant has drained, tighten the petcock and any plugs or sensors you removed. Refill the radiator with water. Turn on the Jeep’s heater and run the engine until the Thermostat opens (the upper radiator hose will become hot). Repeat several times until the water runs clear allowing the engine to cool each time before opening the petcock to drain the radiator.

Filling the radiator with 50/50 mix 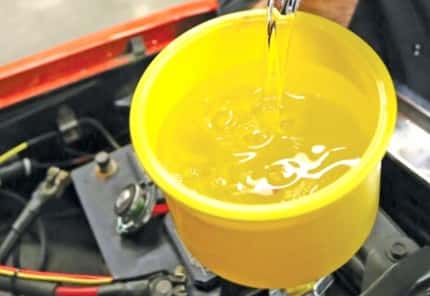 Once, the water runs clear, determine the capacity of your radiator and fill it to the top with a 50/50 mix of antifreeze and distilled water. Do not use tap water – your body might need the minerals, but your engine doesn’t! Leave the radiator cap off to bleed any air from the system. Start your Jeep and allow it to run until the thermostat opens. As it runs, the coolant level should drop. This is normal as the system bleeds any air pockets out of the system. Refill the radiator and check for any leaks. After the engine has cooled, add coolant to the overflow tank. Due to thermal expansion, you shouldn’t add coolant when the engine is warm.

Dispose of your used Antifreeze and flush water appropriately. DO NOT pour it into the gutter or down a storm drain. Check with your local water district or garbage company to determine the appropriate method of recycling used antifreeze. Good luck!