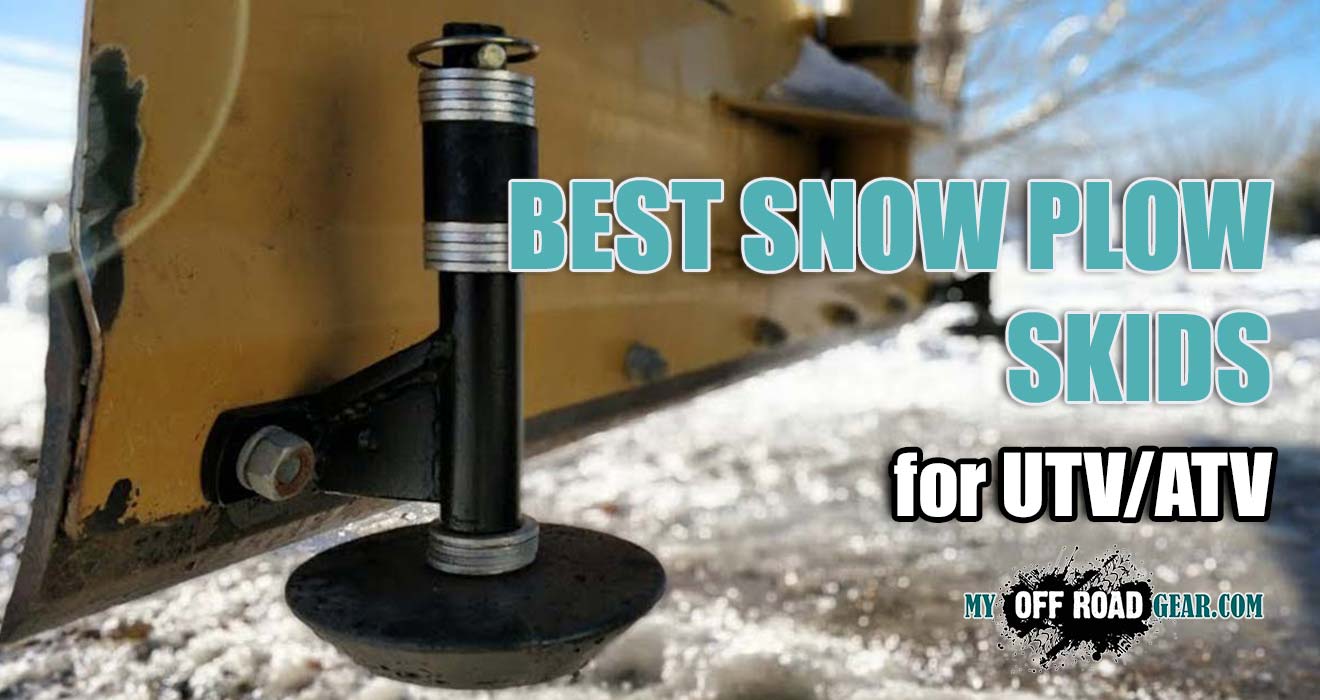 Even the pros are pretty much split on whether or not they recommend using plow skids. Some of the factors that come into play include whether or not the ground is frozen, what type of driveway surface you’re plowing (and even the distinction between different types of gravel or how packed down it is), the weight of the plow blade, and the type of wear bar on your snow plow (steel or urethane).

Why Use Plow Skids?

Plow operators who use skid shoes generally use them for one of two reasons:

Skid shoes are designed to allow the plow blade to “float” just above the surface that you are plowing. This comes in handy for gravel driveways, crushed rock, pavers, uneven surfaces or slightly raised areas, and soft surfaces that can get marred by the plow blade. With the plow raised slightly, you are less likely to bulldoze gravel and stones into the yard, and you will get a longer life out of your wear bar. The skid shoes allow you to follow the contour of the surface, so the blade doesn’t catch or chatter.

How to Adjust Plow Skids

Some plow operators remove the skid shoes or raise them all the way up when they want to scrape the surface bare. If you’re not sure whether to use skid shoes or not, try plowing with them and then without them to see what works better for the conditions and surface that you’re trying to plow.