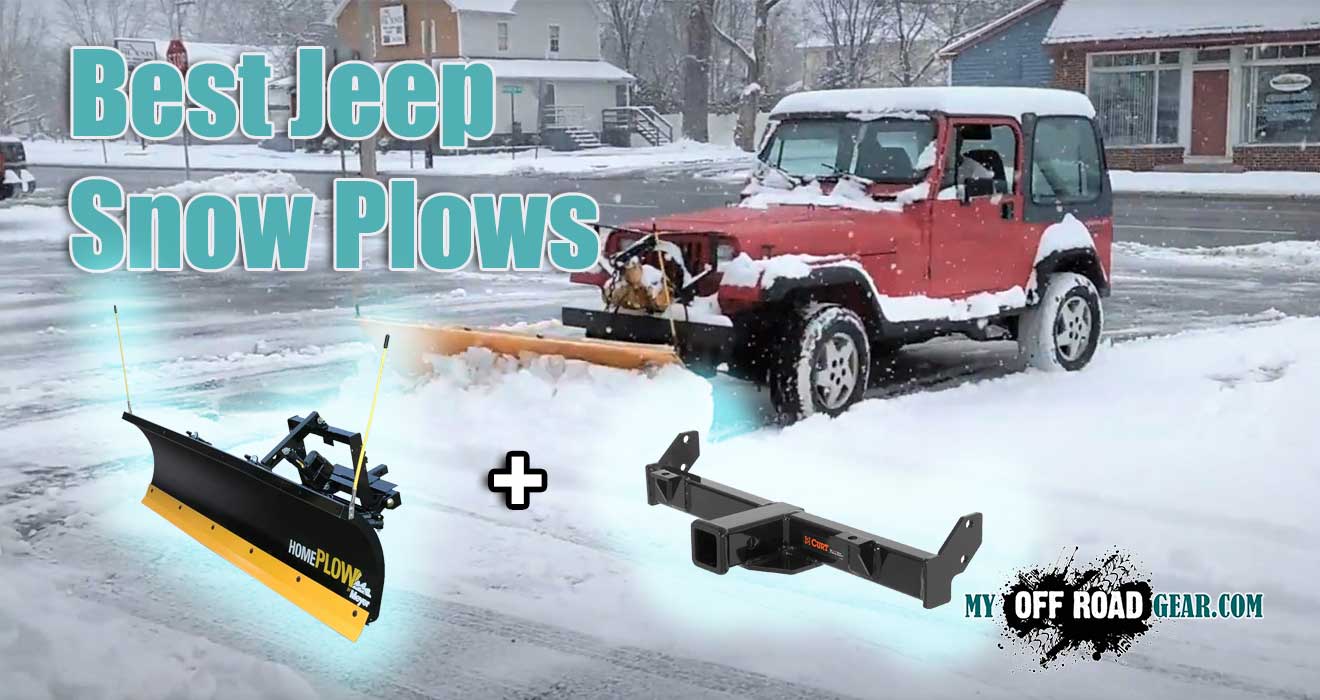 The Best Snow Plow for Jeep is an essential accessory to keep your rig mobile during the winter. Heavy snowfall in cold regions can restrict the movement of even all-terrain vehicles like the Jeep.

A snow plow is a great way to ensure that you are never snowed in and unable to move around.

While the first snow plow was made of wood, steel, and more recently polyethylene are more commonly used in the manufacturing of snow plows. Steel snow plows have been the choice of many over the years.

Even though polyethylene is fast becoming popular but steel remains in high demand too. Polyethylene is easy to break when it hits an obstacle, let’s a sidewalk stone. While steel will remain in tack no matter the impact. Steel is tough and unlikely to bend and lose shape. Also, it does not rust if cared for properly. Whichever type of Jeep snow plow you decide to choose, there are definite benefits to having a snow plow.

The snow plow comes super handy during harsh winters to clear out driveways. It leaves you mobile even during heavy snowstorms and emergencies can be attended to.

It is not a bad idea to take the snow plow along if you intend to go off-roading in areas that receive heavy snowfall. A snow plow can also be used to transport materials for construction.

It is also a handy tool to have around a construction site since it can be used to move rubble and dirt around.

I highly recommend the snow plows mounted on the front receiver hitch since it will save you thousands of dollars and prevent the wear and tear of your Jeep when compared to an unreliable metal adjustable snow plow.

How does it work?