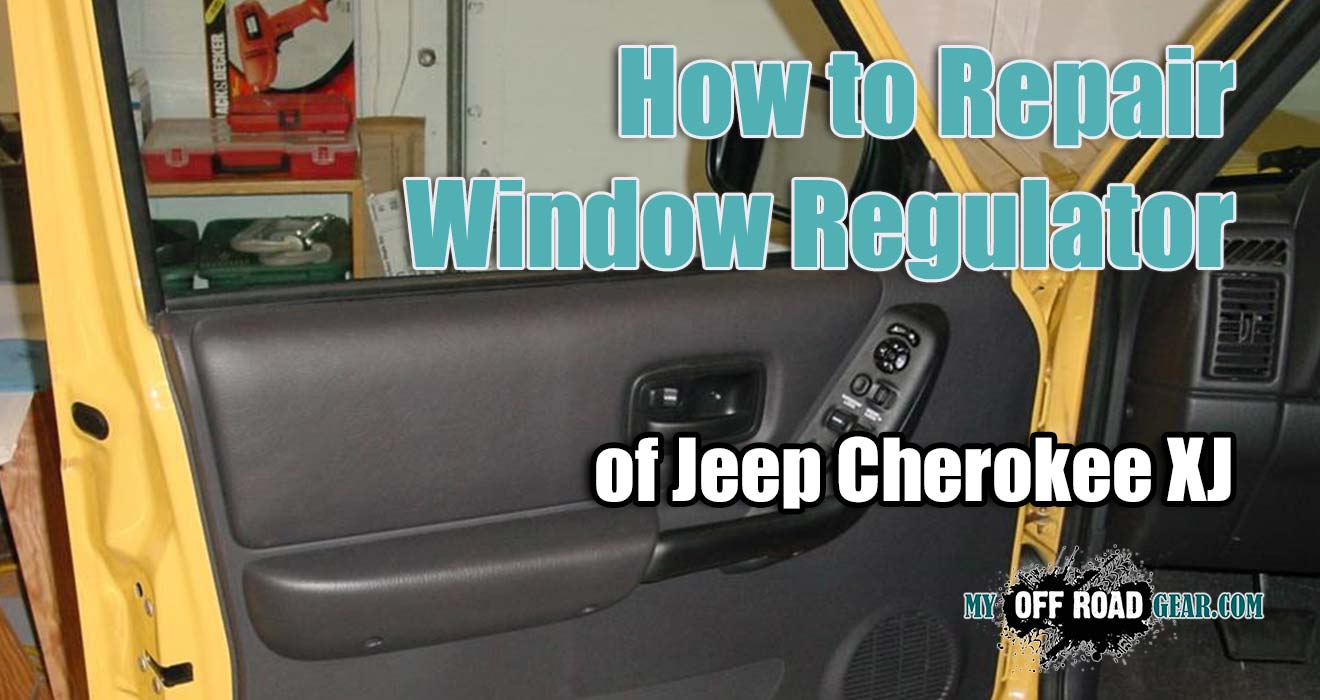 After pulling away from the McD’s drive-thru this morning I rolled up the window. To my dismay, I heard a disturbing sound. An audible snap and crunch and the window disappeared into the door. No broken glass and the motor still worked. What to do, what to do… i’ll call a local expert, he’ll know what to do. After consulting the XJ Bible, though it may be either one of the bolts snapped that holds the window or something happened to the regulator.

Neither of us broke a window like this before so we had no idea. To the Phantom Lair. The first thing we needed to do was get into the door. We removed the panel and water dam (the piece of plastic that covers the inside of the door) and were able to see the inside of the door. After the initial “Get To Know How the Window Worked Phase,” we decided that the piece pictured below used to have gear teeth (the blue part): 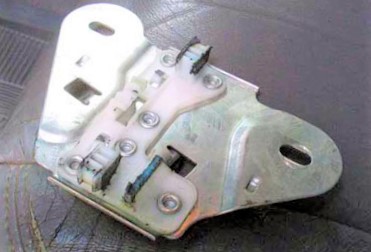 and a close-up of the broken teeth 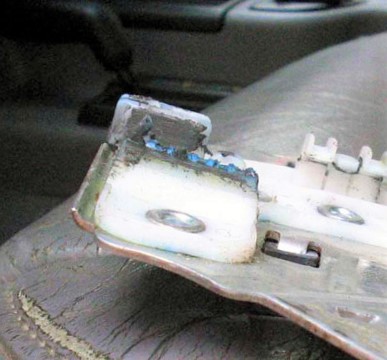 The window attaches to this piece with two bolts which are attached to the track seen in the picture below. The motor moves a coil that rides the teeth on the track moving the window up and down. It is easier if you remove the window while the regulator is still attached to the door, it pulls out of the track pretty easily.

The regulator is attached to the door with 6 bolts and with some slight manipulation also removes easily from the door frame. Install is the reverse. It only took about 20 minutes to get it all hooked back up. 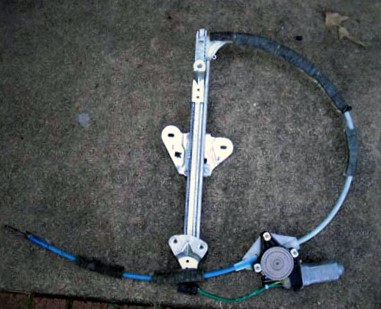 The price ranges depending on the model and year. You can find them on Amazon by following links:

All and all, it took about two hours to fix, most of the time was spent trying to figure out what happened and getting the part from Amazon.