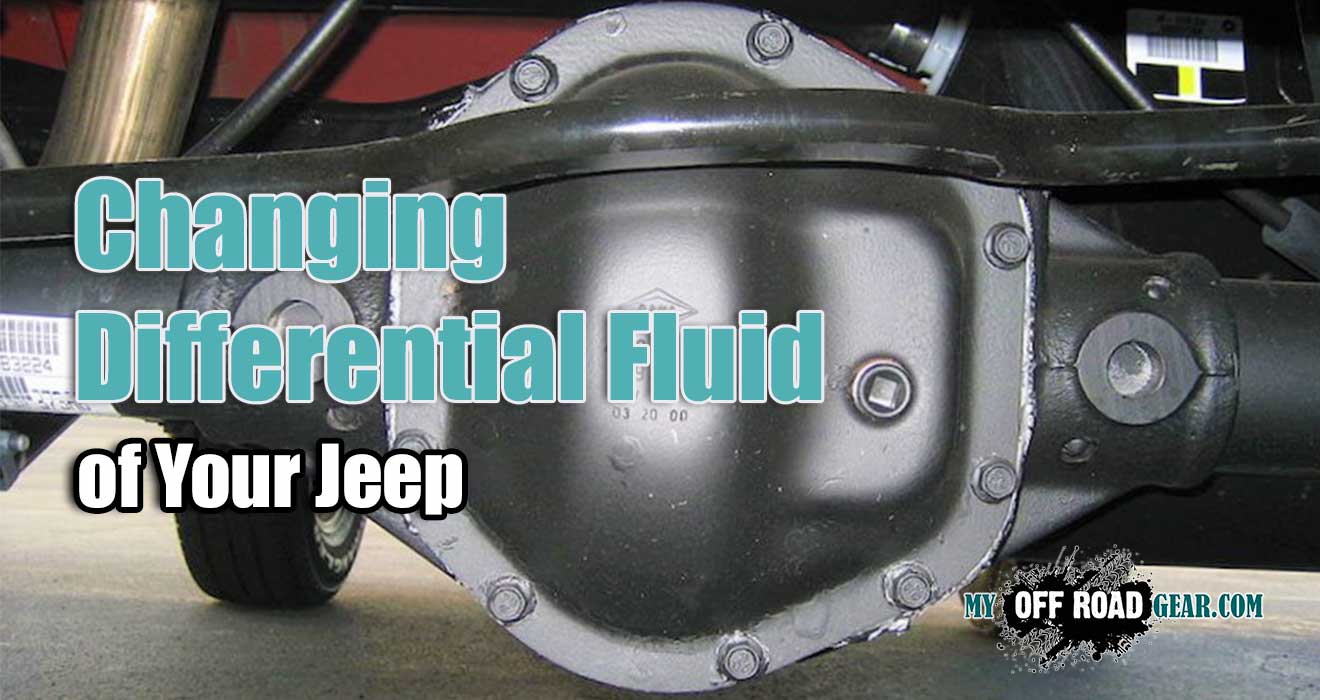 This write-up describes the basics of changing your Jeep’s differential fluid, whatever model it might be. I took photos as I worked on my Dana 30, however, a Dana 44, Dana 35c axles, etc are all similar. 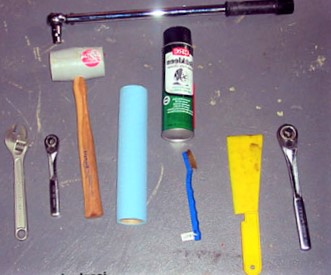 This isn’t difficult and it’s certainly not beyond the capabilities of most people. If you can change your oil, then changing your diff fluid is easily within reach. I use the following tools:

The first step is to prepare your work area

Gear oil is smelly stuff and you definitely do not want it on your driveway or garage floor. I lay down the newspaper and keep plenty of paper towels and cat litter handy. Begin by inspecting the differential cover and bolts. If anything is damaged beyond repair, now is the time to head to the parts store to buy replacements. I had a couple of bolts that lost a match to some rocks and were ground down. Of course, I didn’t discover this until late Sunday afternoon when most stores were closed. Oh well, better planning next time.

Remove the fill plug from the cover

The plug is typically metal but the Dana 35 uses a rubber plug. After you’ve removed the fill plug, remove all of the cover’s bolts leaving one of the top bolts. The gasket will hold the cover in place. Loosen the remaining bolt but do not remove it yet. This will keep the cover from falling and (hopefully) avoid making a mess when you break the sealant. 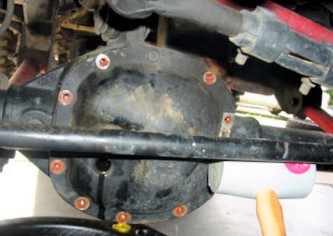 You can use a screwdriver to carefully pry the cover off, but I use a rubber mallet to whack the side of the cover. Have a wide container under the differential to catch the gear oil that will come pouring out. Once you’ve broken the seal, allow the majority of the fluid to drain. You can then remove the retaining bolt and pull the cover off. Use a lint-free cloth, flushing oil, or light engine oil to clean the housing. Do not use water, steam, kerosene, or gasoline. Use a rag or paper towels to cover the differential. 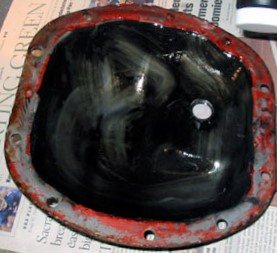 Inspect the cover for rock rash

If it’s not too bad, you can usually use a hammer to beat it back into shape if it’s been bent. Remove the old gasket material from the bolts, cover, and housing mating surfaces. I use brake cleaner to clean the cover and any stubborn gasket material. Follow the directions on any solvent you use. It’s flammable so no open flames. Watch out for campfires, heaters, cigarettes, etc. If you forget, changing your fluid is the last thing you’ll be worried about. To protect your axles from damage I strongly recommend you to change your stock cover to the best diff covers for Jeep. 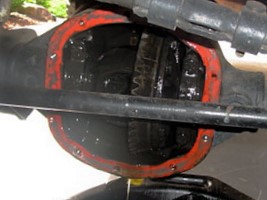 Try to avoid using any sharp metal tools like screwdrivers. These are liable to damage the mating surfaces. I use a cheap plastic blade to scrape off the old gasket. I think it’s designed for bodywork, but it works for this purpose. It’s good for about four changes before it gets too chewed up, but at fifty cents a piece, I’m not complaining.

If you’ve previously installed a magnet on the cover or have a magnetic cover, inspect it for chunks of metal. Small particles are normal, but anything large is cause for concern. 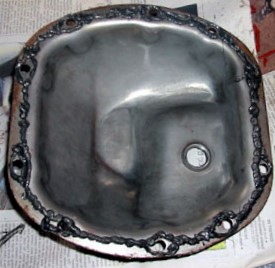 Once you’ve removed the old gasket, use paper towels to clean as much remaining oil and anything else that might have found its way inside the housing. Run a bead of your favorite brand of RTV around the mating surface of the cover. The Factory Service Manual (FSM) calls for a 1/4″ bead but I tend to use a little more. I got a little sloppy this time, but hopefully, you get the idea. Do not allow the RTV to set for more than five minutes before mounting the cover or you’ll need to remove it and reapply a new bead. Mount the cover being careful not to smear the RTV. Torque the cover bolts to appropriate specs. 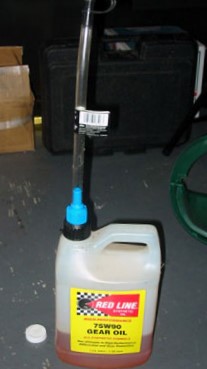 I usually allow the RTV to set for an hour or so before adding gear oil, but follow the directions on the tube. If your particular axle requires a friction modifier for limited-slip clutches, now is the time to add it.

When you’re ready, add your axle’s favorite flavor of gear oil. You can use a pump or funnel to pour the fluid in through the fill hole. Somewhere in my travels, I picked up a nifty device the screws onto the bottle and has a hose long enough that’ll reach the diff. It also has an on/off valve. Fill the diff until fluid starts dripping out of the hole. Replace the plug. 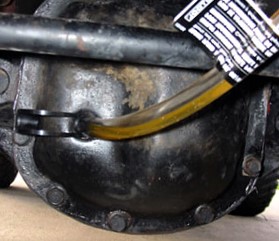 If you have a limited-slip diff, follow any directions that come with the friction modifier, but typically they recommend you drive a number of figure 8’s. Personally, I raise first one side of the Jeep and then the other to allow the fluid to settle within the housing. I then check the fluid level and add as required.

Disclaimer: This write-up is meant as a basic how-to article. Obviously, if you’ve swapped axles in your Jeep and you’re running something other than stock, you probably know how to change your diff fluid. For everybody else, here goes.